Webinar: Teenage Depression: When Fatigue and Sadness Become a Part of Life Depression can happen at any age. But children are more vulnerable because they have fewer emotional resources, and adolescent depression is also dangerous because it can be easily confused with behaviour generally characteristic of adolescence. On what signs to understand that you need to see a doctor, what is the danger of this condition and whether there are ways to prevent depression and its treatment.

What is adolescent depression? What are its main symptoms, how to understand that we are dealing with depression and not “transitional age”, fatigue, withdrawal into oneself - what is generally characteristic of adolescents?

Depression is a mental disorder. We can talk about depression when three components are combined. The emotional component is a mood disorder, most often a persistently low mood. The cognitive component is something that is associated with the thought process: with depression, the pace of thinking decreases, the ability to concentrate attention, the ability to generally solve some acute issues. And the behavioural component that affects our actions: violation of the eating regimen - a person may start eating too much or too little; sleep disturbance - sleep may disappear or, conversely, the child may sleep non-stop and not get enough sleep anyway, as well as other forms of behaviour.

There is, in general, decreased activity, inability to do anything, and even more so to get pleasure from it. But depression isn't just situational fatigue or sadness. Depression is when tiredness and sadness become a persistent part of life. We should be concerned and suspect depression if these conditions persist for two weeks. However, the diagnosis can only be made by a doctor - psychiatrist or psychotherapist.

Is there a difference between adult and adolescent depression?

Depression will manifest and occur differently in any two different people. Most often we do not work with some standard depression, but with people who experience it, because everyone experiences depression in their own way. Everyone has different mechanisms of regulation, the speed of overcoming this state. But when it comes to depression in adults and adolescents in general, there is a difference. This is due to the fact that children are more susceptible to this disorder, because they tend to have less experience of experiencing difficult conditions, and the mechanisms of emotional regulation are less developed. Adults have more resources.

They also differ in how it is seen from the outside - in adolescents, in general, the psychological background is often unstable, they are sad and depressed.

Parents often notice that something is wrong with the child when she has constant difficulties with school: she either refuses to go there, or his performance drops significantly without any external reasons, and the child may not cope with the workload in such a school. You can use the essay helper and give the child a rest, or apathy often appears and he does not want anything. Attention is also paid to the signs associated with the cognitive sphere: it is more difficult than before. This can often be confused with fatigue or blaming the child for lack of willpower, laziness and depravity. But this has nothing to do with laziness or pampering.

Why does adolescents get this disease? What external factors can push to it: stress, overload, relationships with peers and teachers, conflicts with parents?

There is a theory that all depressions can be roughly divided into exogenous - that is, those that develop under the influence of external factors. And endogenous - under the influence of internal factors. This is a debatable issue, but there are actually many external factors that can cause depression. There are easy-to-understand stressful situations for which a child may lack resources and which contribute to depression. For example, divorce is a great stress for children, they often lack the skills to cope with it, and then depression becomes a kind of protective mechanism. It can be the stress of moving, changing schools. Situations with losses - both significant from the point of view of parents (say, one of the relatives died, in this case the father understands why the child was upset), and absolutely insignificant. Failure to work at school, the child stops believing in himself and better fall into depression and order homework in the https://essayassistant.org/biography-writing-services/ than do it yourself. Favourite virtual animal died, it would seem, some nonsense, but it can also provoke depression.

How to deal with teen depression?

There are different opinions. Basically, experts agree that it is best to combine medical therapy: antidepressants, which are prescribed by a psychiatrist, and psychotherapy. In order to make a teenager strong in the face of depression, he needs to be given such important skills as the ability to recognize and express his feelings, and, conversely, to distance himself a little from emotions, not to be taken over by them.

Depression is a treatable disease. It is quite well studied, we have a good idea of how to work with it. Although, the younger the person, the more confusing his medical history, and today depression is getting younger.

Among mental illnesses, depression is the most common and increasing prevalence. In such cases, there is always a question - is it really an epidemic or is it due to overdiagnosis? True, probably in the middle. But if we look for the reasons for the spread of depression in the modern world, we will, of course, find them: relations between people have changed, today there are not so many strong positive relationships, the pace of life has accelerated, we began to wait much more and demand from children.

The main remedy for preventing depression is to create a network of strong, supportive, positive relationships around the child. Something that helps to cope with the stress of life, including the emotional one. 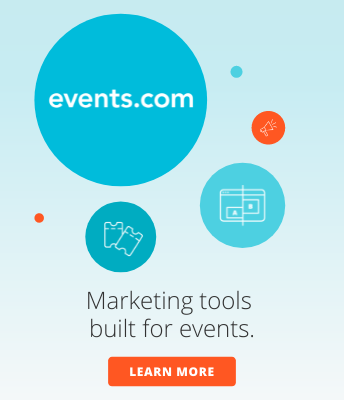 Are you an event organizer?
Create events for free. They will be immediately recommended to interested users.
Create event

Stay updated on Webinar: Teenage Depression: When Fatigue and Sadness Become a Part of Life and find even more events in .